Introduction and review of Monolithic and Microservice (Part 3)

Features of a microservice 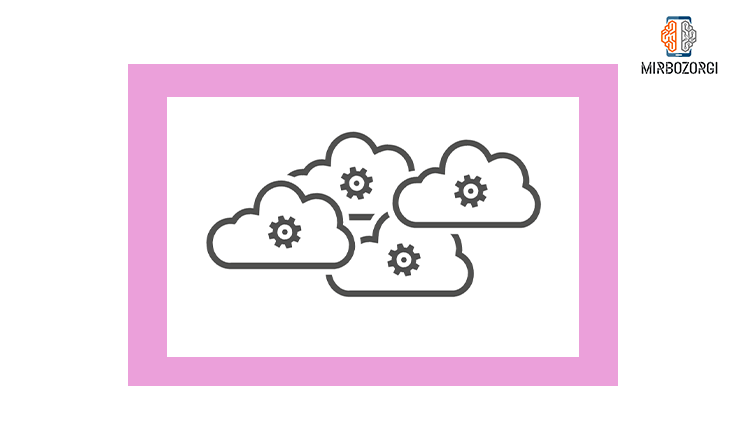 Our definition of component is a unit of software that can be replaced and updated on its own. As explained in previous sections, microservices divide a software into smaller services that can be developed on their own. We consider all libraries as components that depend on our software and can be used by calling functions in the software process. While the Services are components that are outside the software process and are accessible by communication mechanisms such as Web Service Request and Remote Procedure Call.
If we want to make changes to a component in integrated systems that are composed of multiple components and these components interact with each other during a process, this change requires the deployment of the entire system. While this will not happen in the micro service architecture, it is enough to re-deploy the service or component that has changed, and other parts will not be changed.

Consider a system that consists of multiple services. In this case, we can decide what specific technology to use for each service. This feature allows us to use the best tools available to fix any problems. This, unlike systems that can only use the technology defined in that system, will give our system a lot of flexibility. To better understand this, we review an example together. Suppose we want to increase the performance of part of our system. For this purpose, we can use any technology that can be helpful. For example, in a social networking system, we can store information about users and their communications in a graph-based database and information about users’ posts and comments in a documented database. You can see that we don’t need to use certain technology and we can use the technology we want based on our needs.

Microservices allow us to choose among new technologies. One of the biggest obstacles to the use of new technologies is the system’s dependence on them. In an integrated system, if we want to change the language used or the system database or frameworks, the whole system will suffer these changes, but in microservices, we can make these changes with the lowest cost and time possible. It is important to note that the use of new technology has its own challenges and we need expert and rigorous investigations to use it.

In the event that one of the Services is in trouble and this problem does not reach all services in a chain, by separating that service from the system, there will be no disruption in the process and the system will continue to operate without any problems. That means the scope of a service, such as a wall between the service and other departments, prevents them from being effective. In integrated systems, other parts of the system will become unusable if a service fails. Of course, by installing different versions on different machines, the impact of these problems can be reduced to some extent. With microservices, we can design systems that act against errors in the system in a way that does not disturb the system’s process. 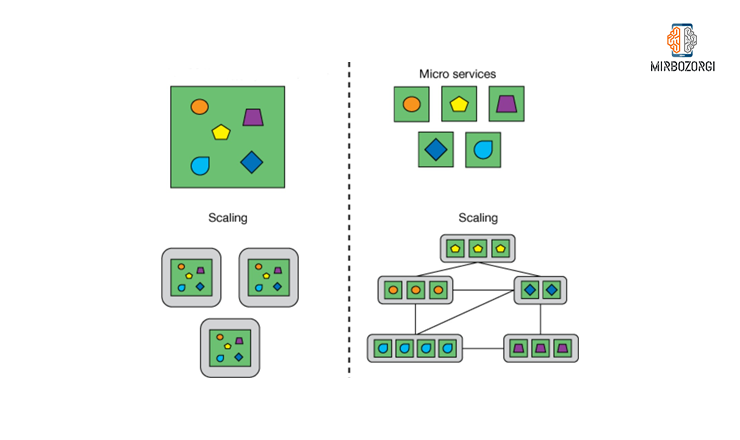 Supposing there is a problem with the operation of a section as part of a system. If our system uses integrated architecture, we will have to scale the whole system if this problem has only occurred in a small part of the system. In contrast, if we use microservice architecture on the system, we can scale only the same service or part that is in trouble and the rest of the system will be unchanged.
Gilt is an online clothing store that uses microservice architecture due to problems with system performance. The store started working with an integrated software in 2007, but after 2 years the system was no longer able to cover the site’s traffic, so they decided to have a better and more effective result with the volume of traffic received by dividing the main parts of the system into microservices. The Gilt system is currently composed of about 450 microservice, each of which is running on several different machines.

Changing a line of program codes made up of millions of lines of code requires programmers to redeploy the entire system and release new versions of the program. This reintegration can take a high risk, forcing programmers to make further changes and publish other versions, and this volume of changes can cause a hit to the program provided. However, in microservice, small changes do not affect the whole system and changes are applied solely to the desired service, and in case of problems in the system, the origin of these problems is known and the system can be restored to a better state faster. This feature is one of the reasons why prominent companies such as Netflix and Amazon have turned to microservice architecture.

Many of us have experienced problems with big projects and big teams, and these problems will increase, especially when team members are not focused together. We know that if a small team works on a smaller piece of code, it’s much more effective than when a big team is involved in working on a big code. Micro service allows us to align our architecture with our organizational structure and help us to increase the efficiency and impact of teams in the organization by dividing the program structure into smaller sections and creating smaller teams specific to each sector. 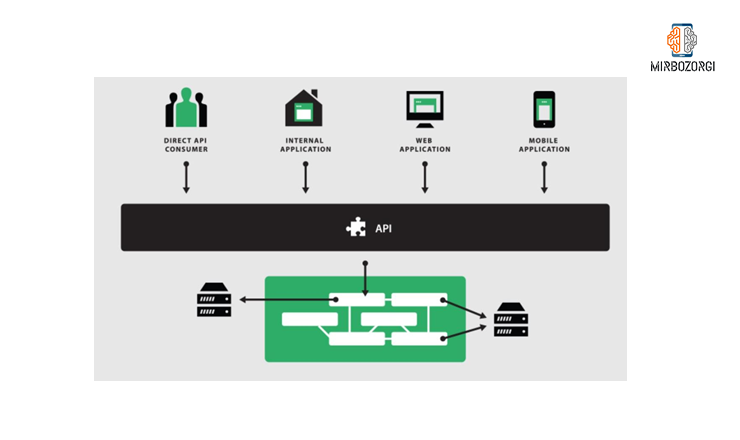 One of the key features that exists in distributed and service-oriented systems is the reusability of system functionality. Microservices allow us to use system functionality in a variety of ways and for a variety of purposes. It matters to us how users use our software. Now we need to think about the different ways they can combine system capabilities to be used in web applications, mobiles or other tools. In microservices, the main thinking is to separate different parts of the system, and in addition, these parts are accessible from the outside so that we can create different parts by changing the conditions.

If you’re working in a medium or large organization, you may have encountered an outdated system that’s operating in a part of the organization that no one is in the mood to approach or make changes to under the pretext that it’s troublesome and risky. Using themicroservice architecture, the cost of these changes is lower and these changes are applied with less risk. 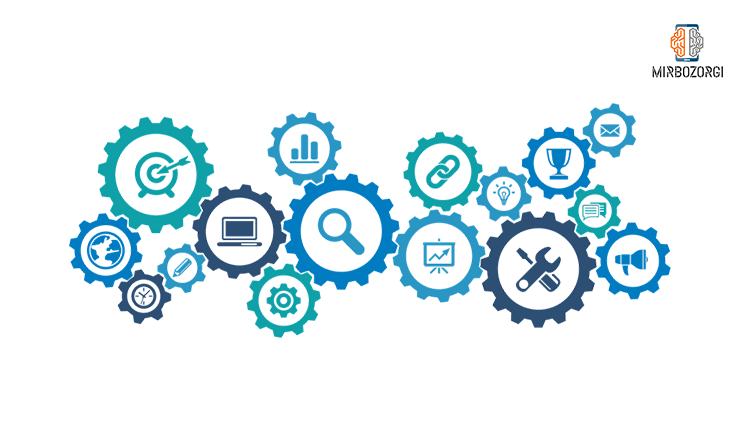 When do we use microservice architecture? 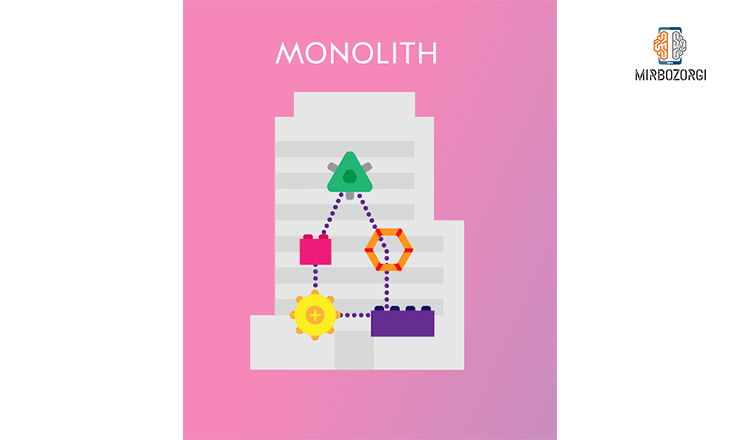 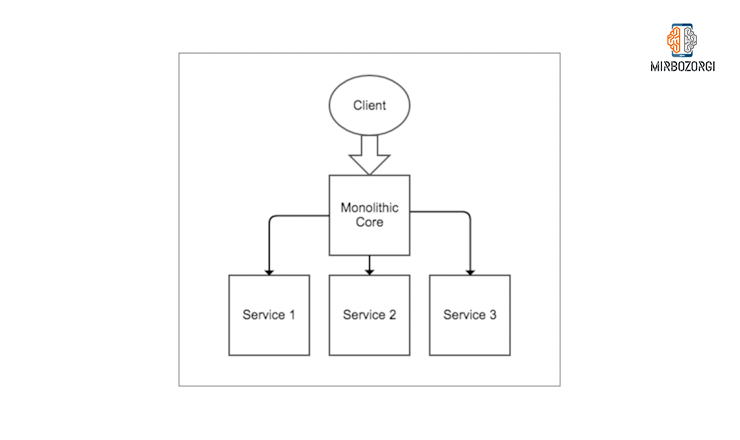 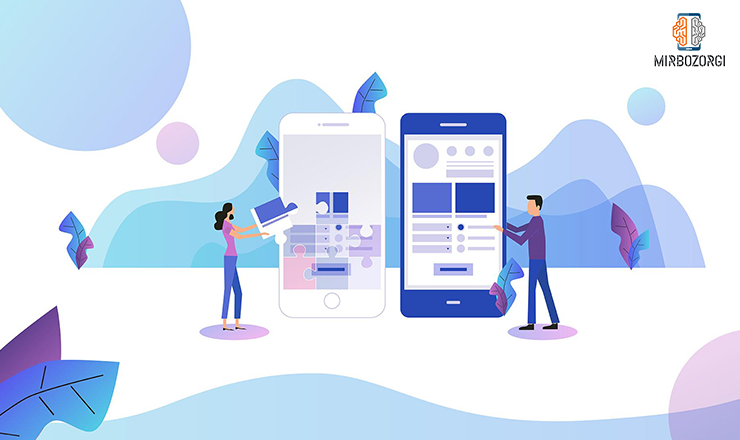