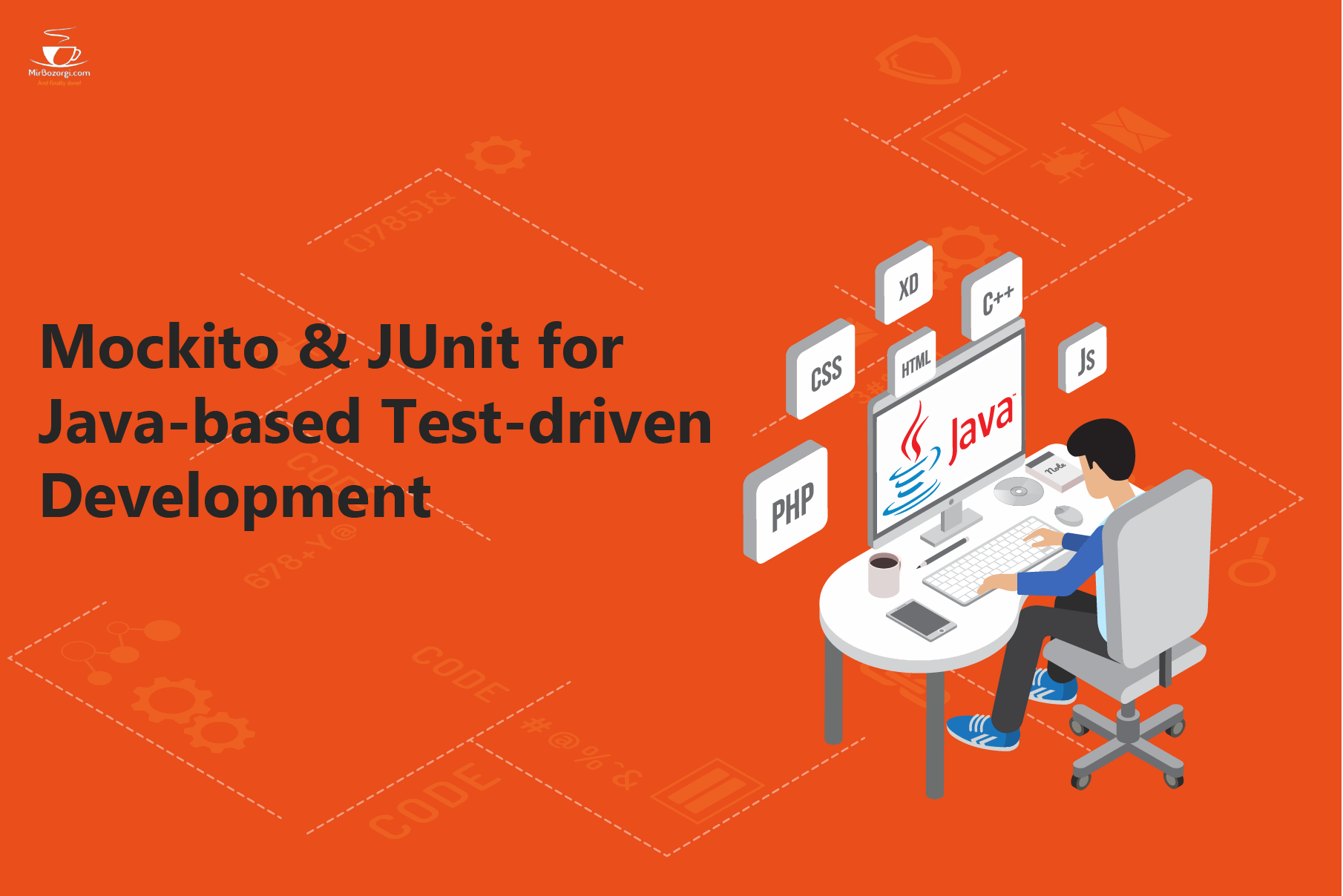 A Quick Guide to Software Testing

Let’s have a look at the fundamentals of Test Driven Development (TDD) for Java first. The software development life cycle would be incomplete without software testing. During software development, it is critical to uncover defects and errors and improve the product’s quality. To make sure that the software has the needs of the stakeholders, we also need to conduct software testing to ensure that it meets the requirements of the clients, responds correctly to inputs (input validation), runs quickly enough (performance testing), and is simple to deploy and run (deployment testing). As a result, software testing should be the primary priority. There are a variety of strategies, including the Test-Driven Development technique. When it comes to extreme programming, one of the most important practices is the use of Test-Driven Development (TDD).

What is Test-Driven Development?

TDD (Test-Driven Development) is considered a software development methodology that emphasizes testing from the outset of a project’s creation. It means that before developing the production code to fulfill the test and refactoring, the developer first builds a fully automated test case. You can see the guides below:

Check to check if any new tests fail after running the existing ones.

Update the code so that it can pass the new requirements.

If the tests fail, repeat the refactoring process.

BDD is a type of cognitive dissonance (Behaviour Driven Development)

Explained the software’s/behavior. It is easy to use.

Behaviour Driven Development has the advantage of being understandable to non-technical individuals as well.

To put it another way, legacy code is just code that has not been subjected to any form of testing. Legacy code has a major drawback in that it’s tough to adapt to new features because it’s difficult to understand (for both developers and the business team). Because of this, a piece of code that does not have any tests is a terrible piece of code. Writing tests-driven code is essential if you want to get the most bang for your buck and make changes quickly.

Test-Driven Development: What Is It?

Preparation for writing functional code is aided by using it to go through our requirements and designs.

Allows us to work in modest increments as we develop software.

It makes us more productive in nature instead of code in massive steps in the traditional sense.

Let’s imagine that you write some code, build it, and then test it, and there may be a probability of it failing. If you’ve only added two lines of new code instead of a thousand, it’s far easier to detect and repair any bugs. What it boils down to is a Test-Driven Development

Smaller and smaller steps are the most efficient and pleasant approaches to move forward.

There are fewer bugs.

Software of a higher standard

At a given point in time, concentrate on a single feature.

Why do we need Testing-Driven Development?

Drive out difficulties with criteria as soon as possible (more focus on requirements in depth).

It’s better to get quick feedback than to wait for one huge adjustment.

Reduce risk and impact by frequently re-factoring your values.

Testing is the driving force behind good design.

Documentation of judgments and assumptions through testing. 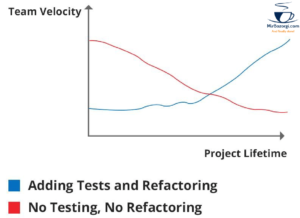 In the Java community, a program’s design and implementation are heavily influenced by Test Driven Development (TDD). Programmers benefit from test-driven development in a variety of ways, including:

Additionally, improving the programmer’s output goes hand in hand with this technique.

Using the Test-Driven Development (TDD) methodology in our programming abilities:

Our time is currently being squandered on rework.

The feature to quickly and accurately find the issue or problem.

As opposed to developing large classes, the programmer will be able to design smaller classes, each of which is only responsible for one specific function.

Changing and debugging code becomes extremely challenging for programmers when the code base grows in size because of the high probability that the code will be screwed up. On the other hand, if we’re utilizing the Test-Driven Development approach.

So, now, we can run tests automatically.

The programmers can rest easy knowing that we’ve written the test cases for our software.

You can see exactly where the issue is, how it’s paralyzing our code, and what we need to do to fix it.

An approach for testing APIs is called API Testing. The following are examples of when this strategy is used:

To see if the API that was established is up to the task.

Functionality from beginning to the conclusion (how an API technically works).

The tests are limited to API functions.

An API is considered to have passed testing if it delivers a valid or correct response. Three types of outputs are generated by API testing:

There is the option to include status information in the output.

Any kind of data or information can be included in the output.

You could also use one API to invoke another API.

Testing of API can be done by:

Testing in the context of a project (testing the API methods and checking if the output meets the expectations).

Tools for testing the API’s performance, including how many queries it can handle at once and many others. For performance and load testing, we can turn to Apache JMeter.

Many tools are available for testing and refining the general design and implementation of the software system, as was mentioned before in this article. The following is a list of some of the most commonly used testing tools.

For unit testing, use JUnit

Testing the performance of dynamic and static resources in dynamic Web applications is possible with Apache JMeter (mostly for load/performance testing). When testing the strength of a server, group of servers, network, or another item, it can be used to simulate a great demand in order to evaluate its overall performance under various load conditions.

The following is a semi-partial list of the applications/servers/protocols that can be loaded and tested:

Web services based on SOAP and REST

JDBC connection to a database

Smtp, POP3, and Imap are the three types of mail protocols (S)

Mockito is an MIT-licensed open-source Java testing framework that was created by the Mockito project. Test-driven development is facilitated by building and testing double instances (mock objects) (TDD). Put another way, Mockito is a framework we use to develop efficient tests for a specific type of application.

The first part is to download and install Java.

Afterward, we’ll need an IDE, such as Eclipse or another similar one (Integrated Development Environment).

JUnit is a Maven dependency that should be placed in the pom.xml file of the new project.

It’s also possible to download the JUnit jar and include it in your project in the absence of a Maven project.

Java should be installed.

Apache JMeter should be installed.

Java should be installed.

Afterward, we’ll need an IDE, such as Eclipse or another similar one (Integrated Development Environment).

Add mockito as a dependent in the pom.xml file for that particular project by creating a new project and downloading the mockito jar.

The test class is named in accordance with established procedures. Starting with the class name, let’s say the name of the class being tested is “Student.” The class name should be “StudentTest” in this situation. “Test” must be added to it. For methods, the naming convention is the same. If it exists, a method that displays the student’s address should be called “testDisplayStudentAddress().”

To avoid confusion, we don’t utilize the same package for both production and testing code. You should use separate directories for production and testing (src and test), each containing a different set of source codes (src and test, respectively). For example, the Test annotation (JUnit4/7) tells JUnit to run the testDisplay StudentAddress()as a test and show if it passed or not. The test passes if all assertions (if any) are met, and no exceptions are thrown. As a result, our test code design should follow the AAA (Arrange Act Assert) pattern.

The student is an exercise in the production code.

Assert that “Joe, Brian” and “displayName” are equal (assert). The test would fail if the results did not match.

Now create the project and run it.

The POST method of testing a login API with JMeter will be used. The rest of the script can be written as follows. Asp.Net

An HTTP Request Sampler needs to be added first (Test Plan->Thread Group->Sampler->HTTP Request) in order to be tested. 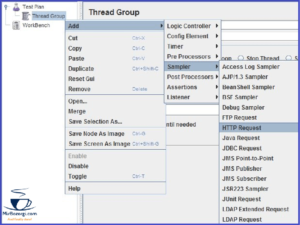 The API’s server name or IP address and any necessary port numbers must be entered next in the webserver section. 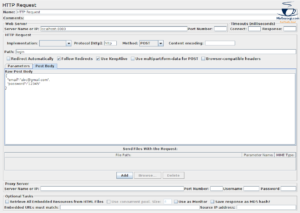 In addition, the HTTP Header Manager must be added as a child to the HTTP Request sampler (this is not required for the current example).

As the last step, we include listeners like ‘Summary Report,’ providing further context.

992 of the 1000 requests per second were successful in the preceding sample.

As many developers must implement TDD as possible to raise their productivity and improve the code quality and enhance the overall development of software/programs. This is a safe assumption. Modular, adaptable, and extensible code are all benefits of TDD.