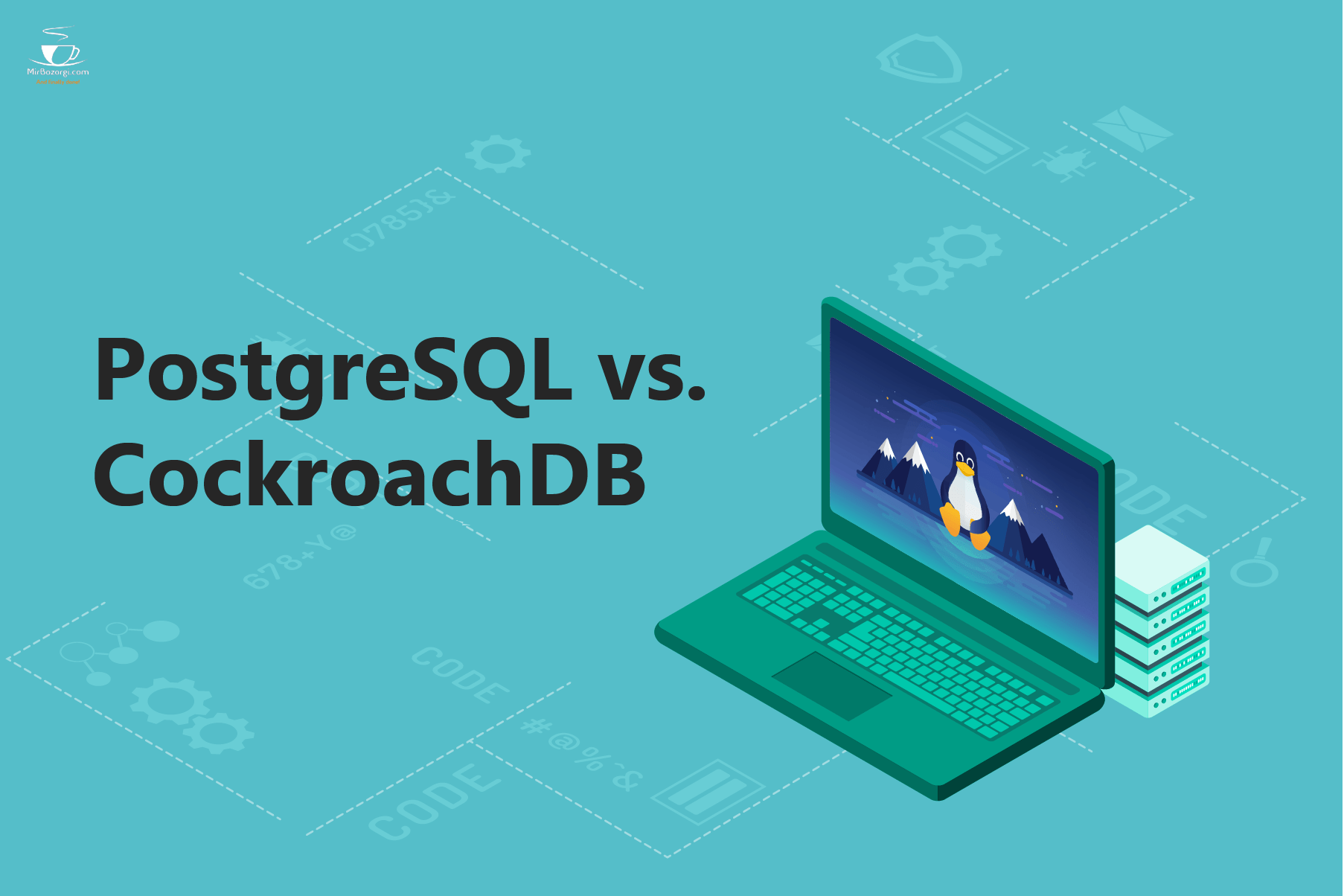 PostgreSQL vs. CockroachDB (a Database Comparison)

NewSQL database CockroachDB uses a transactional and strongly-consistent key/value store as its foundation. There are several similarities between this and Google’s Spanner.

Open-source PostgreSQL is a relational database management system that aims to be consistent with industry standards and expandable.

CockroachDB uses the PostgreSQL wire protocol, and the dialect is also based on PostgreSQL. We’ll compare CockroachDB and PostgreSQL in this post to see how they stack up against one another.

There are two versions of CockroachDB: the free Core version and the commercial enterprise version, which includes additional functionality and Cockroach Labs-provided support.

Free and open-source, it is maintained by the PostgreSQL Global Development Group and a large and active community of developers.

PostgreSQL has a huge lead in terms of popularity. While CockroachDB, the firm behind it, was created in 2015, it has been widely utilized and recognized by many large and small companies throughout the world since 1996.

PostgreSQL has an active community and can be bolstered by strong third-party support for those who prefer a more open-source database.

Data types that are supported 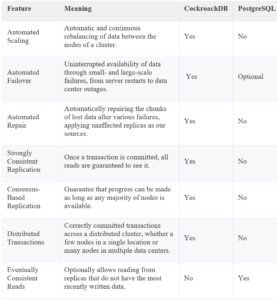 CockroachDB provides a few important advantages over PostgreSQL in comparison. It’s an excellent idea when it comes to constructing distributed data storage.

There are several drawbacks to CockroachDB, however:

Regardless of whether the cluster is deployed over several geographical locations, one machine always will outperform numerous distributed clusters in regards of OLTP latency, regardless of the size of the cluster.

Complex SQL queries: CockroachDB does not handle all of the SQL queries available in Postgres. In comparison to PostgreSQL, the performance of complicated queries in CockroachDB is significantly lower.

When and how to use it

For applications that demand reliable, available, and correct data regardless of scale, CockroachDB is an excellent choice. All of this is done without the requirement for any additional configuration or operational overhead. Examples of possible applications include:

You should use PostgreSQL instead of:

The integrity of data

PostgreSQL is a better choice if you need your database to conduct complex, custom procedures because it is extensible.

PostgreSQL will be the most compliant and easy-to-use platform when migrating the complete database system to a proprietary solution.

In terms of functionality and capabilities, PostgreSQL is the best database system out there.

When we shouldn’t use it

Use an in-memory database instead of CockroachDB when low latency reads and writes are necessary. In addition, CockroachDB does not currently support significant analytics/OLAP operations.

You shouldn’t use PostgreSQL if you want to use it for:

PostgreSQL is not designed to perform quick reads.

Because PostgreSQL is a highly complicated database system, it cannot be set up in the simplest fashion possible. PostgreSQL may be overkill if you don’t need total data integrity, ACID compliance, or complicated architectures.

For PostgreSQL or CockroachDB, do you need a suitable graphical tool? It’s free to use. You may handle numerous databases simultaneously, including MariaDB, MySQL, PostgreSQL and SQLite. 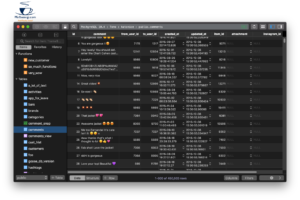