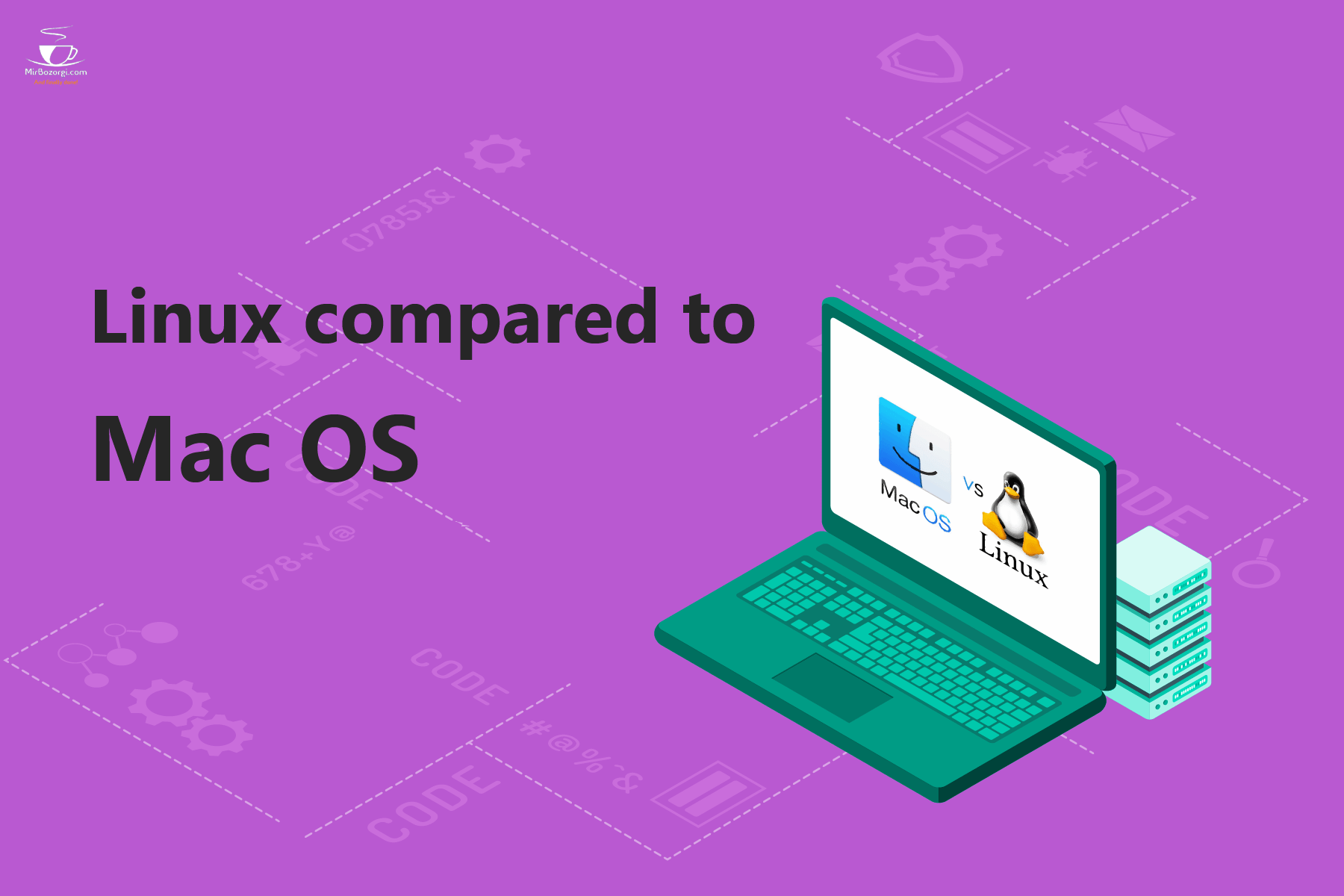 Linux vs. Mac OS (15 reasons why you should use Linux instead of Mac OS)

I want to say that there is no such thing as a “better OS.” Instead, the best operating system depends on how a user uses it or the purpose for which he or she uses it. When it comes to various usage categories, every operating system—Linux, Mac OS, or Windows OS—has its own defining characteristics.

You should use Linux because it comes pre-installed with lots of free and open-source software if you want an open-source system. However, Windows OS is the better choice if you work in an office because it comes with an enterprise-level office suite. On the other hand, Mac OS is better suited for media and graphics-intensive tasks like web design, usability and user interface design, product design, audio editing, and image editing. 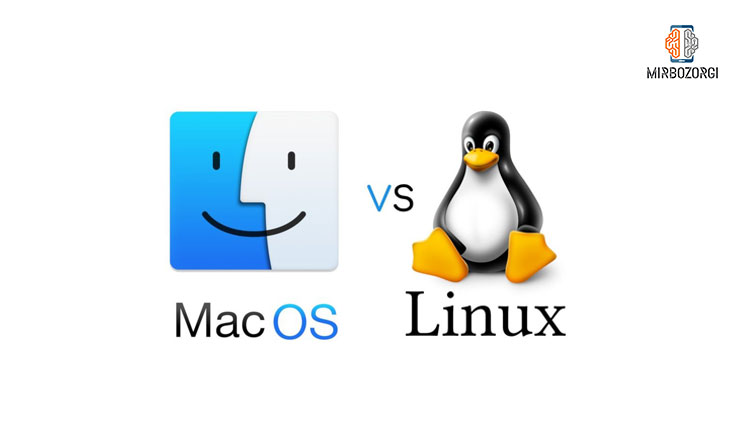 Compare Linux and Mac operating systems and see which one is better for your needs.

Before we get into Linux vs. Mac OS specifics, I recommend reading my articles on Linux vs. Windows, Linux Mint vs. Ubuntu, and Debian vs. Ubuntu. You’ll learn a lot about Linux and its various popular distributions from these comparison articles, as well as what makes Linux or Windows better in specific sectors.

The following article is a list of the best reasons why Linux or Mac OS is a better choice for your business. You may discover that some of these considerations provide only general information, while others provide a comparison between them. I hope we can work together and provide you with the information you need to decide which operating system to use. So don’t go anywhere, and get ready for an exhilarating ride.

If I’m going to make a comparison between Linux and Mac OS, I need to understand Linux a little better first. Linux is not an operating system but rather a kernel that serves as the nucleus for all Linux distributions. Numerous Linux operating systems are available on the market, each combining the software, desktop environment, drivers, and the kernel at its core. The Linux kernel is created and maintained by the Linux Foundation, but many volunteers and businesses create and distribute Linux distributions (or distros). Linux is not completely under the control of any organization.

Mac OS, on the other hand, is entirely the work of Apple’s software engineers. This implies that the entire system, from the kernel to the desktop environment and much of the included software, is being developed by a single company. Mac OS is built on NeXTSTEP, a Unix-based platform.

Both Linux and Mac OS are rock-solid platforms for carrying out routine tasks. Because Apple backs Mac OS, the system update process is seamless, resulting in excellent system stability and speed.
Linux distributions offer a wide range of desktop environments to meet the requirements of different types of users. Ubuntu or Linux Mint may be your best option if you have a newer high-end computer. With Lubuntu or PepperMint, you can run Linux on an old computer without a problem. Regardless of whether it’s a high-resource distro or a lightweight one, Linux always provides rock-solid system stability and top performance on all platforms.

Linux and Mac OS both shine in this area. Only Apple-branded hardware runs Mac OS. In other words, it gives you the best performance because of its well-integrated hardware and software.

When it comes to Linux, there is a wide range of driver support software available. This was a problem before Linux’s introduction because the hardware manufacturer did not provide Linux with driver compatibility support for its products. However, the clocks have struck 5:00 p.m. Whether on a desktop computer or a server, Linux is a popular operating system. All major manufacturers now offer Linux distributions hardware-compatible drivers when they become available for other operating systems, like Mac OS or Windows OS.

If you’ve got a lot of money to burn and want a system that’s ready to use right out of the box, Mac OS is your best option. This system will provide you with a high-quality desktop experience that is also extremely fast. Mac OS is an excellent choice for both new and experienced users when it comes to audio and video editing and graphics design.

Linux is designed to appeal to a wide range of people. If you’re new to Linux, start with Ubuntu, Linux Mint, or Elementary OS; however, if you’re looking for a more advanced or task-specific distribution, look into Arch Linux or Kali Linux. Additionally, a Terminal or command-line interface is a powerful tool for anyone with even the tiniest bit of technical knowledge.

Free and open-source software is abundant on Linux. There are thousands of free alternatives to expensive business suites and applications on the market.

A Mac OS-powered Apple computer or software will set you back a considerable sum of money. If you want high-end, sophisticated software from Apple, you will have to part with some cash for their products or services.

Linux values security and privacy above all else. That’s why it’s so well-liked by IT pros everywhere. As a result, no backdoors can be built into the Linux kernel system, and users’ digital footprints are completely obscured.

On the other hand, Apple’s Mac OS is a well-designed walled garden for its users. To better serve its customers, most of Apple’s software tracks the location and activities of its users. Furthermore, because Mac OS is closed source, we have no idea how Apple makes use of or sells user data. 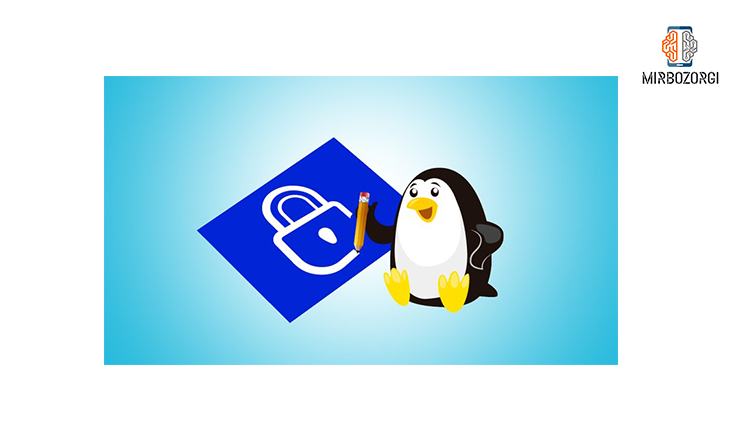 I’m confident in saying that Windows OS is a breeding ground for malware and other online threats. Mac OS, on the other hand, is different. Whenever a security flaw or breach is discovered or reported, Apple immediately releases a stable security patch.

In spite of its robustness, Linux is still vulnerable to malware and other online threats. Linux has a large number of support resources available to you at any time and from anywhere in your system’s security is compromised.

Mac OS, like Windows OS, lacks the ability to be customized in any meaningful way. Every aspect of the system is pre-determined by the company, and you have very little control over how it is configured.

If you use Linux, you’ll have a plethora of customization options at your disposal. Depending on your current level of skill, you can customize it using the GUI or command-line interface.

Viruses and malware can’t damage the system files on Linux by default because it doesn’t give users administrator or root access. It does not provide administrative or root access from the start on Windows or Mac OS, making the system vulnerable to malware and viruses.

Sound, movie, graphic design, and web design professionals will find that Mac OS is an excellent choice for creating a development environment. You must be a programmer or intend to become a programmer if you are going to go with Linux. Numerous code editors, text editors, integrated development environments (IDEs), and programming languages have been developed solely with the Linux operating system in mind.

Only Apple offers them when it comes to system updates, and the Mac has a built-in app store that makes it easy to get what you need. Mac users don’t require a lot of specialized knowledge to keep their operating system and applications up to date.

On the other hand, Linux had a reputation for being a complex system best suited to users with a high level of technical expertise. However, the clocks have struck 5:00 p.m. For those looking for a simple and straightforward system, a slew of distros are available on the market, including Ubuntu, ZorinOS, Linux Mint, Elementary OS, and Peppermint. Linux distributions simplify setting up the operating system and keeping it up to date with a well-integrated repository system.

In this regard, Linux is still light years ahead of the competition. Based on user requirements and system configuration, there are countless Linux desktop environments to choose from. Dispensaries like ZorinOS and Elementary OS are available for Windows Mac users who want a smooth transition from their current operating system. Changing the look and feel of the system is also possible by using Themes and Icons.

Mac OS is a popular platform for creating cutting-edge games, just like Windows. On a Mac, you’ll have access to all of the games. In this industry, Linux had a bad reputation. There is a growing movement to give high-performance gaming a priority in game development and hardware support. Furthermore, Linux is compatible with the Steam gaming platform, allowing you to enjoy all of the latest games both locally and remotely. Now it’s much easier to play games on a Linux system thanks to the PlayonLinux and Wine environments.

The main “de facto” reasons why people use Mac OS are Photoshop, business office suites, and high-end media editors. It has excellent sound, photo, and video editing capabilities. Although Linux does not support the Microsoft Office suite or Adobe Photoshop, there are numerous alternatives for those types of business applications available on the Linux platform. As an alternative to Microsoft Office, try LibreOffice, and as a Photoshop replacement, try GIMP or Darktable.

Linux still has an advantage over Mac OS X for task automation because it offers more administrative and root-level access. Linux is considered the operating system of choice for the vast majority of information technology (IT) professionals. 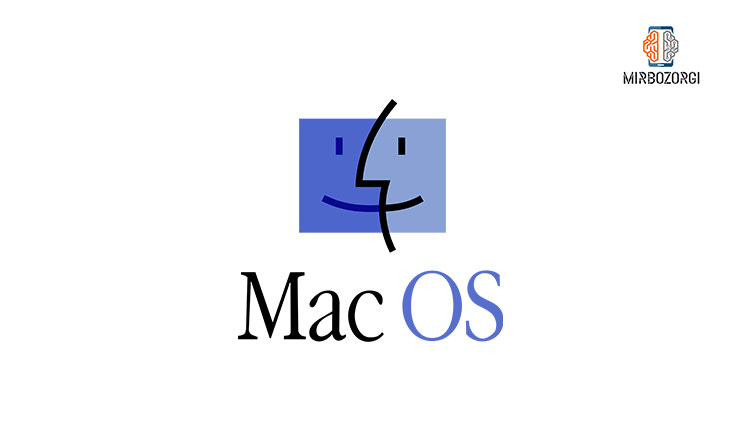 Mac OS is far more secure and dependable than a Windows-based system to operate on. However, hacking or attacking the Mac system is not impossible because it is based on the Unix platform and provides a secure sandbox environment where threats or malware cannot access the core files and cause massive damage.

When compared to Windows and Mac OS, a Linux system is more dependable and secure. That’s why people of all skill levels, from complete beginners to seasoned IT professionals, prefer Linux over other operating systems. Linux is also becoming the platform of choice for many users in the server and supercomputer industries.

When it comes to high-end audio, media, photo, and graphics design, I recommend using Mac OS because of its aristocratic and robust appearance. However, keep in mind that you must shell out a significant sum of money both at the start and throughout the project’s lifespan. By using the system as is, you won’t have to worry about customizing it in any way.

On the other hand, if you are considered a fan of open source like me, Linux is the obvious choice. It’ll provide you with a completely unrestricted environment in which to design your own system. You have access to all of the free software. Also, he is capable of handling both personal and business-related tasks with ease. 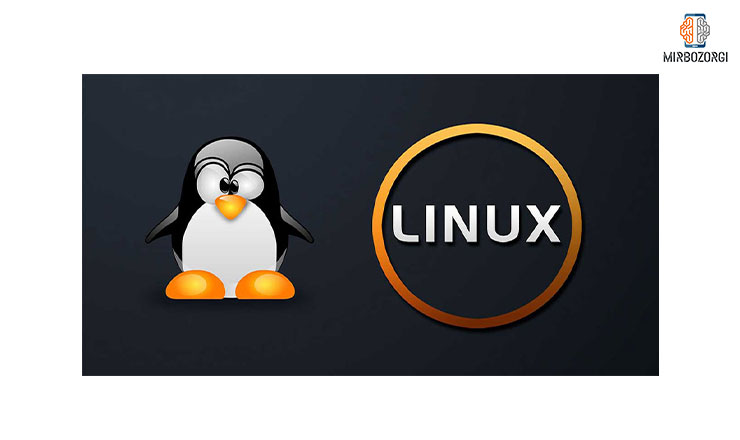 Hopefully, you’ve enjoyed learning about the differences between Linux and macOS. In spite of the fact that it’s not a perfect comparison, it does provide a small amount of useful information. If you enjoyed this article, please share it and spread the word on your personal and professional social networks. As a result of your kindness, we will be inspired to write more articles for the readers. Do not forget to leave a comment below with your ideas in the space provided below. I am really glad that you took the time to post a comment.